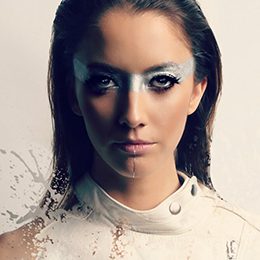 Artist/writer/director Taryn Southern has spent the last decade at the intersection of emerging technology and storytelling. As one of the first creators on YouTube, she accumulated more than 750 million views across her online videos and her work has been profiled in Vanity Fair, Fast Company, Business Insider, Wired, People, Forbes, Glamour, Cosmopolitan, Adweek, and more. Taryn’s latest project, the feature documentary I AM HUMAN, follows three humans with brain-computer interfaces and premiered at the Tribeca Film Festival in May 2019. In 2018, Taryn released the world’s first solo pop album composed with AI. She also produced an award-winning experimental VR series funded by Google and released a blockchain-based token enabling artists to share royalties with fans.